U.S. Representatives Newman and Garcia Announce ASAP Act to be Included in the INVEST In America Act

Text from the ASAP Act, which would establish a federal grant program to upgrade and improve passenger accessibility among the nation’s legacy rail transit systems, to be included in Chair DeFazio’s INVEST in America Act 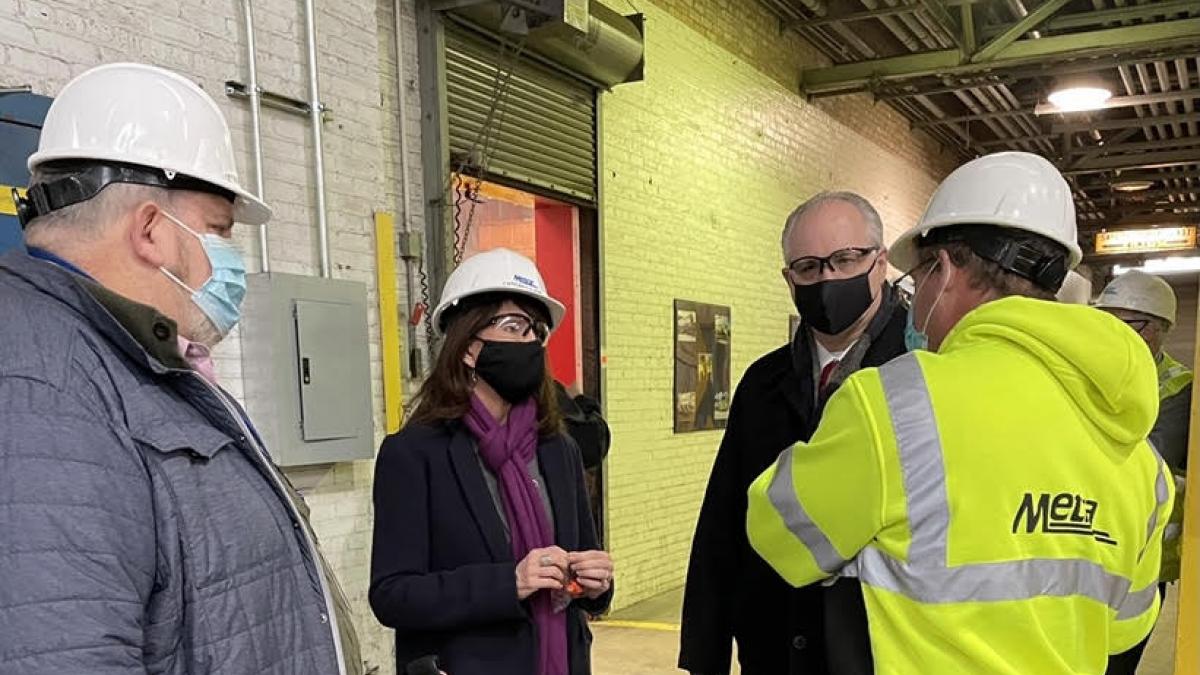 “Building world-class, equitable public transportation starts by ensuring every station, bus and train across our nation is equally accessible to everyone,” said Congresswoman Newman. “By including our legislation in the INVEST in America Act, we are one step closer to providing our cities with the funding they need to ensure their public transit systems can better serve all riders, especially those with disabilities and our seniors.”

“Ensuring Chicago’s public transportation systems are accessible and ADA compliant is a priority we can’t put off any longer. I’ve championed greater accessibility for Chicago’s public transit systems, and last week I visited the Blue Line’s Belmont station which would benefit from an investment in accessibility. Including our legislation in the INVEST in America Act to provide $1 billion for public transit accessibility improvements will enable users of all capabilities to use stations, trains and buses with confidence and safety and empower our transit authorities to serve their communities,” said Congressman García.

“With the INVEST in America Act, we have a unique opportunity to take a fresh look at our infrastructure and make sure our transportation systems are equitable, affordable, and work better for everyone,” said Chair DeFazio. “I thank my committee colleagues Representatives Newman and Garcia for their leadership in ensuring our transit and commuter rail systems are more accessible for people with disabilities and older Americans, and I look forward to working with them closely as we move this bill through Congress and to the president’s desk.”

According to the Federal Transit Administration, as of 2019, nearly 20% of all transit stations were not ADA accessible. The text from ASAP Act, which is now included in the INVEST in America Act, would establish a discretionary grant program that supports local transit authority and commuter rail efforts to increase the number of existing accessible stations or facilities that meet or exceed accessibility design standards under the ADA for rapid rail and commuter rail systems. The bill would authorize $1 billion for this grant program.

Last week, T&I Chair DeFazio, Chair of the Subcommittee on Highways and Transit Eleanor Holmes Norton (D-DC) and Chair of the Subcommittee on Railroads, Pipelines and Hazardous Materials Donald M. Payne, Jr. (D-NJ) introduced the “Investing in a New Vision for the Environment and Surface Transportation in America (INVEST in America) Act,” a transformational, $547 billion surface transportation reauthorization bill.

The legislation text of the ASAP Act is supported by the City of Chicago, Chicago Transit Authority, Metra, Access Living, The Consortium for Citizens with Disabilities Transportation Task Force and Transportation Equity Caucus. Since 2018, the Chicago Transit Authority (CTA) has partnered with the Chicago Mayor’s Office for People with Disabilities on their own ASAP Strategic Plan, with the goal to ensure all rail stations across the city are 100 % accessible in the next 20 years.